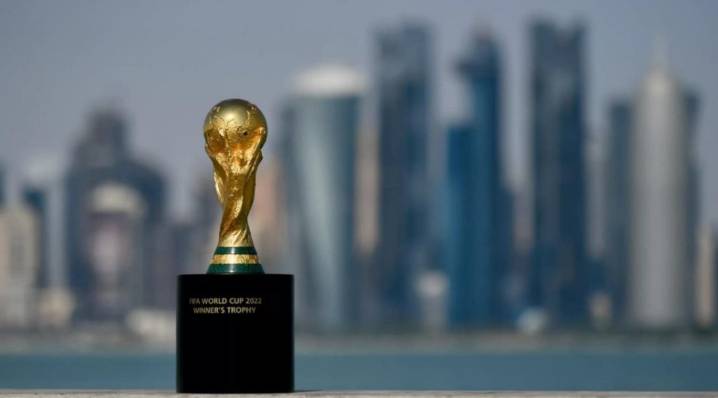 The peculiarity of this year’s FIFA World Cup is not only in its unusual time, but also in the active use of artificial intelligence technologies both in the stands of the stadium and on the football field.

Big sporting events of our time are not complete without technological innovations. The current World Cup, held in Qatar, was no exception. The organizers decided to use artificial intelligence and mobile technologies for competitions, participants and journalists. But if the first aroused admiration, then the second served as an occasion to pay attention to the protection of digital rights and the general attitude towards the privacy of visitors.

Football with a touch of technology

At the 2022 FIFA World Cup, for almost the first time in the history of such competitions, sensors that transmit data on the state of objects, and algorithms that control these sensors, analyze the data and make decisions on their behavior based on the information received, began to be massively used.

Event organizers rely on sophisticated tools to control nearly every aspect of the games, from football kicks to thousands of cameras that track almost every movement of fans and players. These tools actively use artificial intelligence to help in the analysis of game situations.

Such solutions are designed to solve several problems at once. First of all, this is assistance in ensuring the most accurate refereeing with minimal influence of the judges’ subjective views on decision-making.

Thanks to the tools of the 2022 championship, the story of how the Hungarian referee “missed” Ukraine’s goal against England 10 years ago should not happen at all. That is why there has long been a need for the use of such “smart” digital tools in large sports competitions. After all, history shows that often judges cannot be trusted to make final decisions. They may simply not fix a difficult moment and not award a penalty or not fix an offside moment, which in turn may affect the final result of the competition.

Another task is to organize a comfortable stay for fans and journalists at stadiums, including an attempt to prevent the spread of Covid-19 at the championship, a place of mass congestion of people from around the world.

The official ball of the 2022 championship was created by Adidas. Its feature is the presence of motion sensors inside that provide accurate data on the location of the ball 500 times per second. This information is necessary, first of all, for judges to make decisions.

Previously, the prototype of this ball was tested in other football tournaments leading up to the main event, including the 2021 FIFA Club World Cup.

This special ball will be used in all 64 matches of the tournament, its data is transferred to the data center. And there, the organizers, assistant referees and other staff can use this information to help the referee, and to track statistics and monitor the game.

Another innovative technology introduced at this championship is called “semi-automated offside technology”. Its purpose is to determine if a player is in an offside position. It is this position and the game situation around it that is one of the most controversial in the game and largely depends on the position of the referee and whether he sees the field as a whole and the location of all players.

This new technology helps to see an unfair penalty for offside, or, conversely, a situation where the referee did not see an offside position. In this case, the assistant referees in a special video operations room receive notifications about the problem on the football field, view the video recording and report the problem to the referee on the field. After the situation is clarified and a decision is made, special software creates a 3D animation of the game moment, which is shown to the fans in the stands and TV viewers.

To make this sequence of actions possible, video assistant referees will work in special auxiliary rooms during the championship games, whose task is to help officials on the field to make the right conclusions during the World Cup. Their work will help minimize complaints and appeals against judges’ decisions. These workers watch video footage of controversial moments of the game taken from different areas of the stadium and help referees make decisions.

This technology was first tested at the 2018 World Cup and has been upgraded for gaming this year. The system uses security cameras installed under the roofs of the stadiums. And the assistant room is the center of a complex system that analyzes not only the position of the ball, but also 29 data points on the body of each player. The data is taken at a rate of 50 times per second, which allows us to say that the information using the video assistant is processed almost in real time.

The data that tracks the players’ limbs and the position of the ball is fed into an artificial intelligence system, which also helps the referees accurately award penalties, or, for example, determine who is offside.

Despite the non-standard time of the championship, it is often hot in the cities where the competitions are held. Therefore, ensuring a comfortable temperature in the stadiums has become another technological challenge at the championship. To accomplish this task, the organizers of the competition created special cooling holes at the Al Janub stadium. Their task is to fight the suffocating heat of Qatar.

In this system, the air is drawn into pipes and vents in the stadium, cooled, filtered and pushed out again. Thanks to this approach, the organizers managed to create a cool bubble inside the stadium and keep the temperature in the seats for the fans at a level of 18 to 23 degrees Celsius.

Seriously, the organizers approached the security of the stadiums. For example, Qatar’s Lusail stadium, which will host the final, is known to use facial recognition technology to identify fans, raising concerns about fans’ privacy.

Organizers installed more than 15,000 cameras at all eight stadiums to spy on visitors to the competition. Their image analysis algorithms will try to prevent the stadium stampede that took place at a football match in Indonesia last month that killed more than 130 people.

The tools and algorithms used for this will be able to predict the structure of the crowd and its behavior and will prevent and avoid unpredictable behavior of people.

The security function will be carried out by cameras with facial recognition technology, which are used not only in stadiums, but also on the streets of Qatar’s capital, Doha. In total, more than 15,000 cameras are planned to be installed in the city. The authorities explain their necessity solely by security functions – the tasks of monitoring the activity of fans, reducing queues in public places – from toilets and cafes to public transport.

But next to this, cameras will help catch terrorists and criminals, at least these reasons also appear in the explanations.

In fact, such cameras are used in many places, including large stadiums in Europe, but the inconsistency of the technology itself and the issue of accuracy in its operation raises many questions. Moreover, there are cases of egregious errors in the operation of these tools. For example, in 2017, such cameras detected almost 2.5 thousand visitors to the Champions League final as potential criminals. There are also cases of inaccurate individual recognition.

Hobbies from the combination of high technology and football fade somewhat in another story related to the championship. All guests of the championship must install two mandatory mobile applications Ehteraz and Hayya. They are necessary to monitor the situation with Covid-19 and organize life during the championship – using public transport, accessing stadiums or obtaining useful information.

On the one hand, such tools should make life easier for fans and journalists during the World Cup. On the other hand, the story with these apps repeats the problem that was observed at the Beijing Winter Olympics – these apps actually turn into spies with access to a large number of smartphone functions and data placed on users’ gadgets.

For example, Ehteraz monitors device geolocation information in real time. This is necessary to understand the spread of coronavirus and control this process. However, an analysis of this application, made by independent experts, showed that in fact it also has remote access to turn on Wi-Fi and Bluetooth and blocks turning off and putting the device into sleep mode, and also has full access to the gadget, can read, delete or change the data on it. Commenting on these app rights, an executive from Norwegian IT company NRK said that once an app is installed on your phone, its developers are in fact in complete control of your device.

No less problems were found in another application – Hayya, for example, he asks for permission to share information from a smartphone and does not allow it to be turned off and controls the geolocation and all gadget connections. That is why some countries have advised tourists, journalists and athletes planning to go to Qatar to take “disposable” gadgets with them, which can be thrown away upon their return.

The football championship has become a good testing ground for testing the use of technology on the football field. If effective, these technologies can be interpolated for other purposes, such as in manufacturing or the military, where accurate observation of a complex, rapidly changing situation and a prompt response to it are required.

At the same time, the uncontrolled use of technology in a situation where human rights and, first of all, the right to privacy are involved, once again showed how imperfect this area is in the modern world. 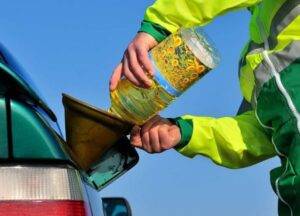 Previous post Can cars be filled with vegetable oil? 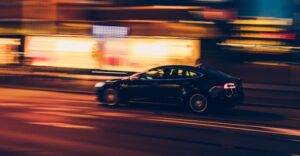 Next post Which factors determine whether a company in the automotive industry is successful?

American researchers have developed a new molten salt battery that retains its charge when cooled. Thus, it could be used...